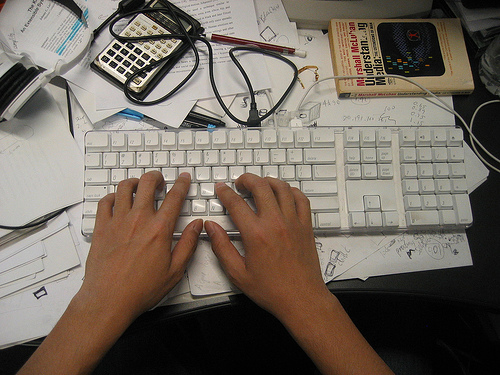 Many students encounter difficulties when trying to punctuate their essays correctly, especially those for whom English is a second language. In this series of exercises, the vocabulary for the various punctuation marks will be checked, then their function will be explored. Finally, there will be some texts to punctuate in the correct way.

Activity 1: The names and functions of the punctuation marks

Let’s begin by making sure you are familiar with the names we use to refer to the various punctuation marks and with the functions they perform in a piece of text.

Follow the link to two timed matching exercises: the first matching the symbols to the words and the second matching the punctuation marks to the functions they perform in a text: Punctuation Marks

In this section, we focus on the use of capital letters and commas.

Read the instructions for the two short activities below.

Part 1: Put a tick if you need to use capital letters for the categories of words in the column below. Alternatively, put a cross if it is not necessary to capitalise the words referred to.

seasons in the year

names of companies and organisations

when beginning sentences and when quoting direct speech

All of the following categories need capital letters in English:

The only category in the column that does not need to be capitalised is seasons (spring, summer).

Part 2: Put a tick if you need to put commas in the instances described in the column below. Alternatively, put a cross if it is not necessary to insert commas in these places.

when joining two independent clauses with the linking words: “but”, “or” and “so”

to separate the subject from a verb

before or after adverbial clauses of time (which tell you when the action took place e.g. “recently”)

Commas are not used:

In this section, we focus on the use of punctuation marks.

Rewrite the following short texts, putting in the correct punctuation marks as you do so.

Here is the answer:

In order to further evaluate the feasibility of implementing an online resource, it was necessary to build up a picture of the learners’ access to, and competence in, various computer applications. The participants were asked a range of questions relating to their use of computers. Two of the four interviewees said they had a computer at home; one of those who said they had no computer at home did state that one of her sons had a computer she could use. However, all four respondents confirmed that they did have access to computers at work, thus clarifying the findings of the questionnaire.

Here is the answer:

Yet, as is evident from Ur’s and Kerr’s quotes, the performing of a task can be incorporated into the framework of a game. Ur wrote above, “the motivation to perform a clearly defined, attainable but not too easy task” is one of the factors in a game that produces pleasurable tension. According to these definitions, any of “Hadfield’s Elementary Communication Games” (1984) could equally be called “Communication Tasks”. What then, makes a task different from a game? Surely, it is that the former is arduous and the latter is enjoyable.

Here is a review of the main points contained in this learning material:

© William Tweddle, Queen Mary, University of London, 2010, photo used under the terms of an attributive CC license: courtesy of dbdbrobot