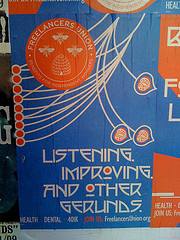 The gerund is the “-ing” form of the verb, when it is used as a noun e.g. running, sleeping, working etc. The infinitive (sometimes called the full infinitive) is the base form of the verb with the word “to” e.g. to run, to sleep, to work. Without the “to”, it is often called the bare infinitive. It can be difficult for a non-native speaker of English to know when to use the gerund and when to use the infinitive forms. By working through these exercises you will be given information which can help you to choose the correct ones.

Furthermore, certain verbs can be used with object and possessive pronouns and gerunds or infinitives. These activities should make you aware of which verbs can be used in this way. Remember, the more you read in English, the greater your chances of subconsciously acquiring the correct patterns and thereby of spotting errors in this area of grammar when proofreading your essays.

Some verbs are always followed by the infinitive and other verbs always take the gerund. Memorisation of these verb lists is therefore advisable.

Choose which verbs are followed by the gerund and which take the infinitive form.

You may wish to try this activity by referring to the grammatical knowledge you have already acquired. However, if you prefer you can firstly follow this link to see lists of verbs followed by the gerund and verbs followed by the infinitive, Gerund and Infinitives Verb Patterns then having done your best to remember the lists, close the box and do the activity. If you need to check the meaning of any words in this learning object, follow this link The Macmillan Online Dictionary, to do so.

Exercise 1. Put a tick in the box if the following verbs take the infinitive form of the word e.g. “The journalists decided to alert human rights organisations.” Leave the box empty if they are followed by the gerund (-ing) form instead e.g. “The manufacturers have considered automating the distribution channels.”


The following verbs are followed by the infinitive: agree, fail, offer, manage and hope. So, you should have ticked those boxes.

These other verbs are followed by the gerund: finish,deny and entail.

Exercise 2. Put a tick in the box if the following verbs take the infinitive form of the word e.g. “The Cabinet agreed to discuss the matter at the forthcoming session.” Leave the box empty if they are followed by the gerund (-ing) form instead e.g. “The researchers mentioned dieting and exercise early in the report.”


The following verbs are followed by the infinitive: tend, wish and refuse. So, you should have ticked those boxes.

These other verbs are followed by the gerund: keep, postpone, mind, involve and risk.

Exercise 3. Put a tick if the following sentences are correct and put a cross if they are incorrect.

3.) The accused denied attempting to bribe the officials.

5.) The committee wishes returning to this at a later date.

6.) This may involve setting up new organisations nationwide.

7.) The constituents tend to vote tactically in national elections.

8.) The naval officer did not manage navigating a course successfully.

9.) All of the delegates hoped to shake the speaker by the hand.

Activity 2: Some helpful information about the gerund

If you prefer, you can read this information (with visuals and more examples) by following this link to a pdf document Gerunds

Not all verbs that end in “-ing” are gerunds, this is because they may function as adjectives in a sentence rather than as a noun e.g. “The road leading to the village was blocked by snow for a week last winter;” here “leading” is describing the road and so acting as an adjective. The gerund can function as the subject of a sentence, either on its own or, as part of a phrase e.g. “Passing (his exams) was all that mattered to the final year student.” It can also be the object of a sentence after certain verbs like “postpone” e.g. “The authorities postponed spending money on the project until the final stages.” Or, after any preposition e.g. “I am looking forward to graduating“; (“to” is a preposition here, not part of the full infinitive). The gerund can be preceded in such cases by the object pronoun (or more formally the possessive pronoun) to show that a different person is being referred to e.g. “I am looking forward to him/his graduating.”

Prevent, anticipate and excuse can also be used in this way e.g. “Please excuse me/my being late.” Find takes an object/object pronoun then the gerund e.g. “I found him waiting in the lobby.” It is important to remember that all prepositions (as, despite, from, for, with, etc.) are followed by the gerund. In addition, certain phrases always take the gerund e.g “to have difficulty (in)“, “to spend time (on)” or “to be worth“.

Finally, sometimes the passive gerund is needed e.g. “Passengers would not tolerate being delayed day after day.”

Focus on the rules above and then use them to decide if the following sentences are correct or not.

1.) I have difficulty in deciding which modules to take in my final year.

2.) None of the passengers mentioned being delayed during check-in.

3.) Studying for long periods without taking breaks is inadvisable.

4.) We look forward to hear from you in due course.

5.) The consultant did not wish to spend hours to ask about dietary requirements.

6.) Smokers risk ruining their health and alienating their clients.

7.) I anticipate their to complain because of the costs incurred.

8.) It was not worth investing further funds in the project.

9.) Legislation does not prevent them to experiment with drugs.

4.) We look forward to hearing from you in due course; (“to” is a preposition here and so takes the gerund).
5.) The consultant did not wish to spend hours asking about dietary requirements; (“to spend time -ing“).
7.) I anticipate their complaining because of the costs incurred; (anticipate + possessive/object pronoun + -ing).
9.) Legislation does not prevent them/their experimenting with drugs; (prevent + possessive/object pronoun + -ing).

1.) The office staff do not mind to be interrupted, if it is an urgent matter.

2.) Filtering the fluid is an important part of the experiment.

4.) Accessing the J:\ drive from home proved to be impossible.

5.) The committee voted against tabling the amendment.

6.) Leaving the country was the only option left open to the king.

7.) She guessed the meaning of the word without refer to a dictionary.

8.) They refused to return the hostage despite promise to do so.

9.) The 34-year-old, who spent five years studying at university, can now be found pulling pints.

1.) The office staff do not mind being interrupted, if it is an urgent matter; (“mind” is used here with the passive gerund).
3.) Language teachers have more difficulty teaching mixed ability classes; (“to have difficulty + -ing“, “in” is optional here).
7.) She guessed the meaning without referring to a dictionary; (the preposition “without” is followed by -ing).
8.) They refused to return the hostage despite promising to do so; (the preposition “despite” is followed by -ing).

Activity 3: Some helpful information about the infinitive

If you prefer, you can read this information (with visuals and more examples) by following this link to a pdf document Infinitives

Although the infinitive can function as the subject of a sentence the effect is very formal and the gerund is much more commonly used. The infinitive as subject is nearly always introduced by ‘it’ e.g. “It is essential to include all your sources in your bibliography;” rather than, “To include all your sources in your bibliography is essential.” Most, but not all, adjectives are followed by the infinitive e.g. “He thought is was essential to write a powerful introduction.” In addition, the infinitive is frequently used as a complement to help define an abstract noun e.g. “The band had the integrity to evoke smiles not condescension.” An abstract noun refers to concepts, feelings, qualities, etc., that have no physical existence, eg: freedom, authority, opportunity and so on.

Finally, the infinitive is often used to express the reason for doing something, this is commonly known as the infinitive of purpose, e.g. “To achieve a successful design many parameters have to be considered.”

Focus on the rules above and then use them to decide if the following sentences are correct or not.

1.) In four areas local conditions made him favour a unitary approach.

2.) The employees have an ability undermine innovations introduced by managers.

3.) Its purpose is to discover what is worthwhile in the literature.

4.) Please let me to know if you agree to serve on the sub-committee.

5.) Buddhist practice has helped him finding peace of mind.

6.) It is worthwhile to compare the two speeches in terms of rhetorical style.

7.) The smuggler was made open her bags at Customs.

8.) Adminius fled to Caligula and begged him to intervene.

9.) When the plaintiff attempted to remove the jewellery the defendant forbade him to do so.

2.) The employees have an ability to undermine innovations introduced by managers; (abstract noun taking the infinitive as a complement).
4.) Please let me know if you agree to serve on the sub-committee; (let +object/object pronoun + bare infinitive).
5.) Buddhist practice has helped him (to) find peace of mind; (“to help” + object/object pronoun + bare or full infinitive).
7.) The smuggler was made to open her bags at Customs; (“make” meaning “compel“, takes the full infinitive in passive voice).

Some verbs are always followed by the gerund and others always take the full infinitive. It is helpful to memorise lists that show which of these groups a verb belongs to. Such lists can be found in the reference sections of English grammar books or can be found online e.g. Englishpage.com. The gerund can be the subject or object of a sentence. It always follows a preposition and with a few verbs (excuse, forgive, prevent etc.) the gerund can be preceded by an object pronoun or a possessive pronoun e.g. “Please forgive me/my phoning so late at night.” Certain phrases always take the “-ing” form: “to be worth -ing”, “to spend time (on) -ing” and “to have difficulty (in) -ing”. The passive gerund is formed by “-ing” and the past participle. Some verbs can be followed by an object then the bare infinitive, others by an object then the full infinitive. Again, memorisation of these lists is to be recommended. The infinitive of purpose is often used to express the reason for a particular course of action. Most adjectives and many abstract nouns are followed by the infinitive.

For further practice, and to test yourself on these points follow these links: Gerund or Infinitive? Gap-filling exercises and this Gerund and Infinitives Quiz.